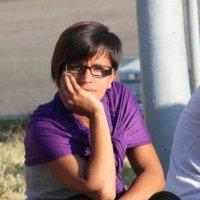 Iolanda Iacono is a Post-doc researcher at the Department of Social, Political and Cognitive Sciences, University of Siena. She is currently involved in an European project, ACCOMPANY Project.

She received her Ph.D. in Human Computer Interaction obtained at the Informatics Engineering Department of University of Florence, with a dissertation entitled: "Learning through play. The rule of robot as a supportive tool for learning of children with special needs". From July 2010 to March 2011, she spent eight months of her Ph.D. at the Adaptive Systems Research Group, University of Hertfordshire, United Kingdom, under the supervision of Prof. Kerstin Dautenhahn and Ben Robins, Ph.D. She conducted a long term study with two different robotic platform (IROMEC and KASPAR) in interaction with children with different levels of autism and other cognitive disabilities in a special educational school in Hatfield (UK).

From February 2009 to November 2009, she collaborated to the EU project IROMEC (Interactive RObotic social MEdiators as Companions) - IST-FP6-045356. She was mainly involved in the evaluation trials carried out in two different schools in Siena with children with different levels of disabilities.